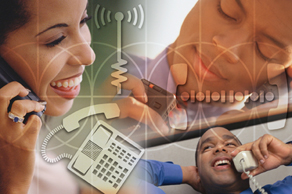 Offering workers the opportunity to telecommute can increase retention, enhance recruiting, and boost productivity. A number of recent studies examined the approaches businesses have used in human resource management to accomplish these goals for workplace efficiency and increase financial performance.

The Society of Human Resource Managers' 2001 survey shows the primary trend in the past five years is a measurable move toward flexibility.
In 2001:

ITT Hartford implemented flexible work arrangements in response to seeing significant turnover in their underwriting department. Companies like AT&T, US Sprint and Xerox use compressed workweeks as a business tool to help reduce overhead and absenteeism costs.

According to the latest CCH National Survey, 43 percent of human resource executives consider unscheduled absenteeism a serious problem. The survey estimated the rate of absenteeism has increased to 2.2 percent, at a cost of $755 per employee per year. Telecommuting and alternative work arrangements were rated the most effective programs (63%) for reducing absenteeism.

"The overriding message is if a company's goal is to improve its shareholder value, a key priority must be its effective utilization of human capital," said Ira Kay, director of Watson Wyatt's human capital group. "If you hire the right people, create an environment that supports creative thinking, and increased productivity, leveraged by technology, you'll reap the rewards."